World Cup 2014 has been full of surprises so far but something that is of no surprise is definitely the skills of the Dutch. For such a small country, their soccer record is quite impressive.

Here's some fun facts about the Dutch that I collected as I've always been fascinated by their history, culture, people's personalities and ways of living. There're a lot of things about the Netherlands but I only picked some of my favorites:

1. NYC is founded by the Dutch people.
2. They are to be thanked for some of the most popular beverages. Heineiken is from Netherlands. Gin was invented in the Netherlands and tea was introduced commercially in Europe first by the Netherlands.
3. Tulips were originally from Turkey and black and white cows were originally from Poland. The Dutch have improved them so well that they both became major parts of their identity.
4. Best world famous DJs are from the Netherlands (Armin Van Buuren, Tiesto, etc). One of the world best artists,Vincent Van Gogh, is also Dutch.
5. They are leading Mars One project which aims to establish human settlement in Mars. 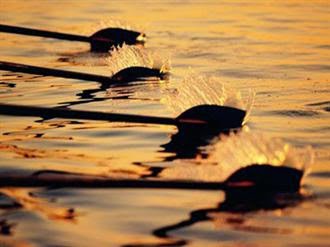 Your integrated marketing team is like a rowing team in competition, boat and oars are the tools and technology that move the rowboat forward.

Everyone needs to align on strategies and consistency trumps individual strength or weakness. And you'd better make sure you have the best damn oars and boat.