This past Saturday, I had an excellent conversation with my friend about success and how he defines it. Asking someone to define success is one of my all time favorites. One thing he said that I found to be valuable "If a business wants to stand out and be successful, either it has to be unconventional or it is conventional but with 10th times the effort." Unconventional is unconventional so there's no point trying to figure out the recipe. It is the conventional who makes the story.

First, it is the consistency. I got in touch with a few business contacts to see how far they have come with their startup projects from last year. Some of them became successful. Some others did not. Most of them were conventional. Not all of them were consistently good. Often time, the amount of effort being invested to maintain something consistent is underestimated. This is true, not only in the business sense but anytime one aims to accomplish a goal. You go to the gym in January. It is packed with people, majority of whom you have never seen before. Everyone is fired up and ready for a new start. But how many of those do you think will end up going to the gym after February, March or April? It takes effort to be consistent and consistently good. 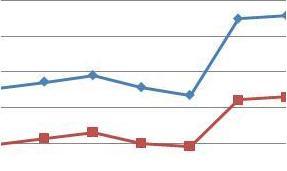 Exposure is a must. My friend was telling me about a school charity project. They basically made a tour around the school and tried to shake as many hands as possible. Every time they got a handshake, they took a picture of it. At the end, they made a large handshake picture constructed by all the small one that was taken. The big picture was sold and the money went into charity. Great idea, great execution. Now some may say that that is not original. There is a software that will help constructing that type of pictures. That's not the point of the story. Aside from having a creative handshake picture, what made it successful was the handshake itself. What is a better way to get exposure for the project than shaking hands with everyone? Most likely people will have a conversation about it.
New Year is fun thanks to resolutions. It's a beginning of all sources of personal growth. With consistency and exposure comes great things.